GlyconVR
Make Your Own Custom Motion Capture In Seconds

Glycon is a high precision motion capture system that’s as easy to use as a video game, requires no additional setup, and that can instantly export BVH and FBX files. You can act out your scene in a virtual environment, even bring in your own scene and audio. Then in a matter of seconds, you have custom mocap files you can use for pretty much anything.

Imagine having your own high precision motion capture system that’s as easy to use as a video game, requires no additional setup, and that can instantly export BVH and FBX files. That’s what Glycon is. Glycon uses your VR rig as a powerful motion capture platform, for games and animations. It mixes your movements with a full body IK system, and exports BVH and FBX files from that. 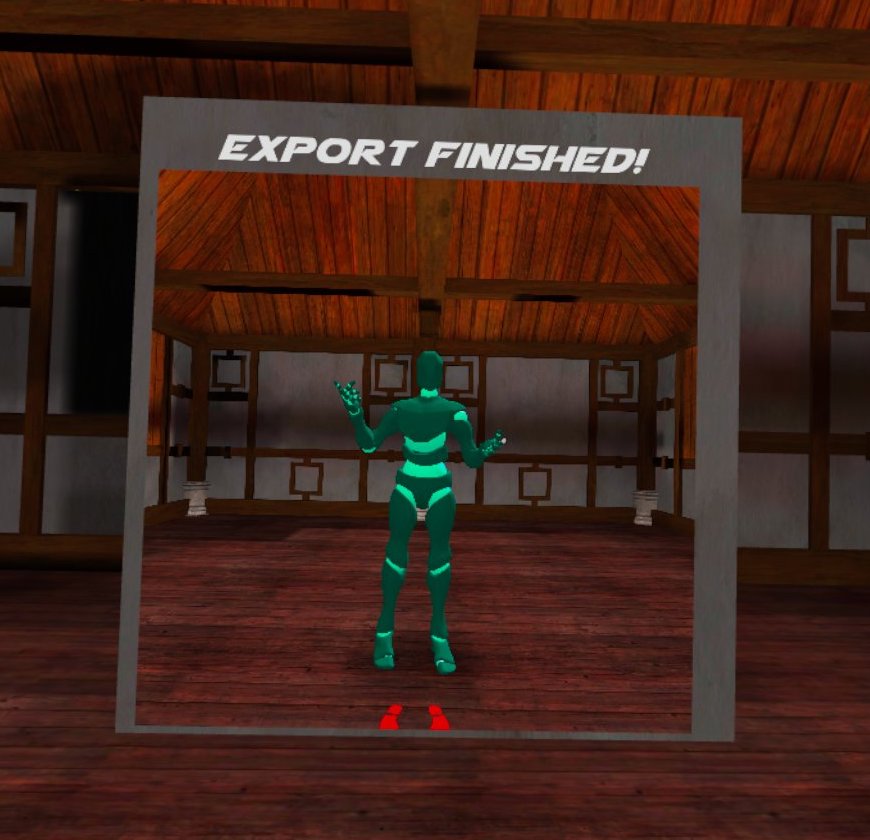 Big update on the way for all platforms, but
there's already a sneak peek for Quest users, that has
a new much faster exporter for FBX files.

Registered users, head to the members only page and pick up your copy!

The next few versions will target all platforms and
will feature a ton of enhancements for
exporting to various third party apps,
a much faster exporter,
and custom skeletons!

These features will be released in the order they're
completed. Check our amazing Discord server for more info.
Here are a few demos for your enjoyment.

For SteamVR Desktop (all platforms)
GlyconSteamV40B15Demo.zip
‍
Ever try to animate hands playing cards? It's not fun. I spent months on just that for one of my poker games. Here I'll use Glycon to do the same thing in a few minutes. I might do another video showing how to clean up the animation, but this gets you really, really close.

The new Oculus Quest 2 brings a lot to the table.

You can now use it with Glycon to create your own motion capture, and you even can use the Glycon Virtual Set tool to build an accurate 3D model of the world around you!

Please note: You will need to side load this app for now. We are not in the Oculus Store yet.

Click here to try out the free demo!
In beta 10, we've introduced custom props. This is the first implementation of this feature, and we have huge plans for it going forward. But for now, bring in your own props, and act against them.

Then, when you export your mocap files, you can line them up with your real objects in your game engine or CG world, and it will look MUCH more natural than using off-the-shelf mocap, and trying to "make it fit".
In beta 9, we greatly improved Vive tracker support, so your animations will look much better, and your Vive trackers should "just work" in most cases.

Just put the trackers on, calibrate it, or use the handy keyboard-only mode, if you want to be completely wireless, and just use trackers!

Drop by the Discord server sometime and join the discussion!
Glycon3D on Discord‍

Beta 7 has now gone out to all users. If you didn't get a copy, please send me an email (ChiltonWebb@gmail.com) and let me know. This version improves Vive tracker support and adds a few keyboard shortcuts to simplify motion capture without using an HMD!
‍

This is a work in progress, but we plan on delivering a solution to our users soon that will allow them to collaborate over wifi, the web, or even a fast cell phone connection, directly from multiple Glycon users, into Unreal, in real time!
‍
Oculus Quest into Unreal over WiFi
I have to stress that this is NOT a product yet, just a glimpse of the future. I hope to get you guys a more fleshed out demo of this soon, and open it up to beta testers.
Elite users will receive this update first, and be allowed to guide its development. After the major bugs are worked out, all Pro users will receive an invite, then after it's pretty bulletproof, I'll post a public demo.

Free Glycon Demos for Everyone:
Glycon version 40 now supports Quest, Quest with Link, Oculus Rift, Oculus Rift-S, SteamVR, HTC Vive, and WMR. So please try this before you buy it.

Oculus Quest (side load):
This version now features custom arenas, enhanced finger tracking, and custom audio. This requires that you side load the app, and you'll have to Google how to do that.
Oculus Quest Demo - Aug 15 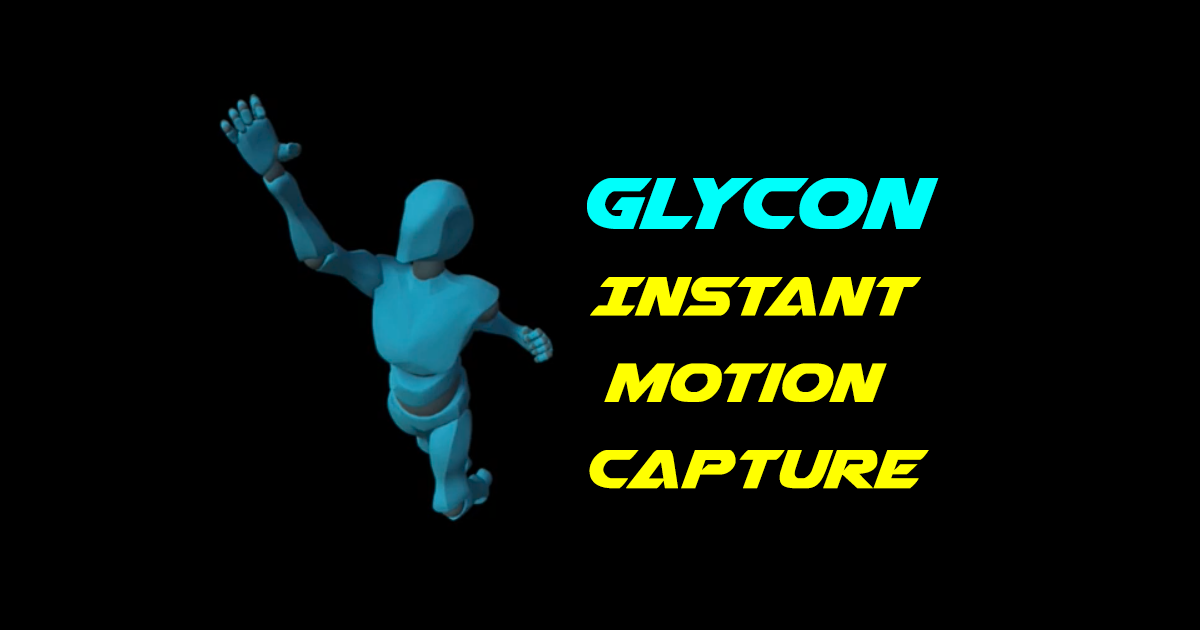 Glycon is incredibly easy to use. Here are a few tutorial and explanation videos that show you how... 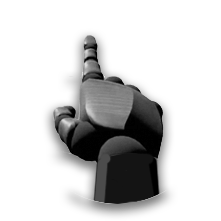 Hand Gestures
‍Unlike most mocap solutions, Glycon animations have hand gestures. Currently we support 4 gestures: point, open hand, pinch, and making a fist. And if you have Vive Knuckles or an Oculus Quest, you actually have full finger tracking, too! 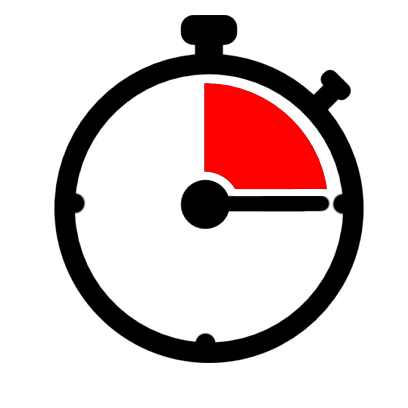 It’s Fast.  So Very, Very Fast.
‍Glycon takes about 5 seconds to open, depending on your system. Once it’s on, you’re literally a click away from recording motion capture. 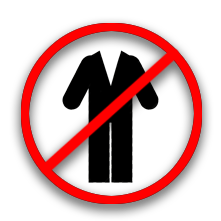 No Suit Required
‍Nothing to keep clean, no balls to lose, nothing to worry about ripping. No magnetic interference . You just use your headset and hand controllers. That means you can even record motion capture in your favorite undies. 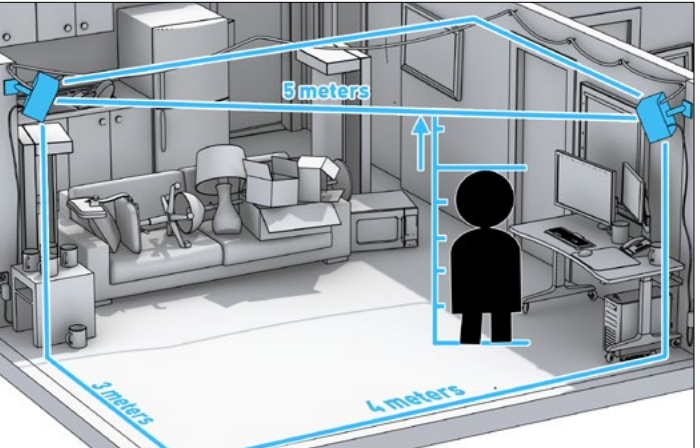 Room Scale Tracking
‍If you have an Oculus Quest, HTC Vive, or third Oculus camera, you can move freely around your scene, and your location will also be added to the FBX file, making it trivial to record larger scale animations.

Exports Industry Standards FBX and BVH
‍Glycon exports text based FBX and BVH files. We go to great lengths to make sure our files are compatible with the final platform you’ll be using.Here's some example files, from 04/20 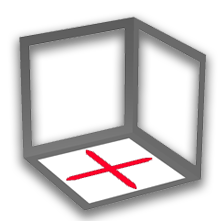 Requires Very Little Room
‍It uses your existing VR boundaries. This means you can just get to work recording mocap instead of needing a separate mocap area. It also means you can record new mocap while you’re sitting at your desk!
It takes a lot of work to be this easy. But if you're animating something by hand, Glycon can save you a ton of time. Here's where you can trade a few measly bucks for all that time you'll save.
‍ 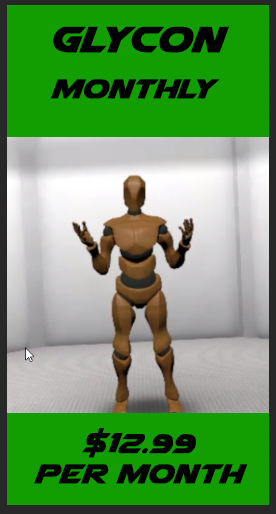 Same as the Pro version but does NOT include support for the Quest.
‍
Cancel any time.

It's more expensive in the long run, but it's dirt cheap right now. 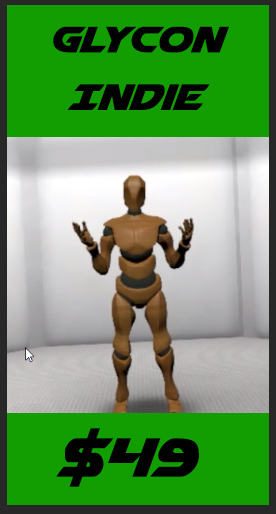 You get the current version and the next two updates or the next month of updates, whichever happens last. 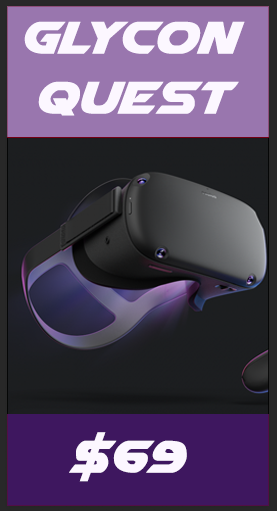 This version of Glycon  can be sideloaded on an Oculus Quest!

Until we are in the Oculus Store, this is the only way to use Glycon on a Quest 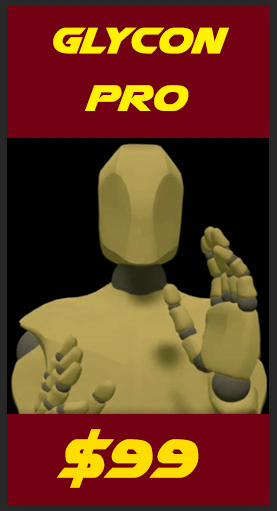 This gets you Glycon VR for Desktop and all updates for a year, plus the Oculus Quest side-load edition. 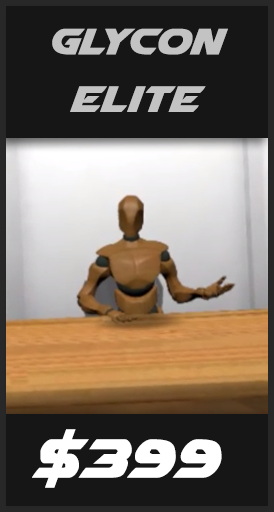 This covers the current version of Glycon, the Quest version, all future versions of Glycon, and all of our upcoming Glycon offshoot products, for a fraction of the price you’d pay for a motion capture suit!
FacebookYouTubeDISCORD

by Chilton Webb
Glycon, GlyconVR, Glycon3D and all associated text and images are copyright 2017 © by Chilton Webb, All Rights Reserved.
(Trademark filed and pending)